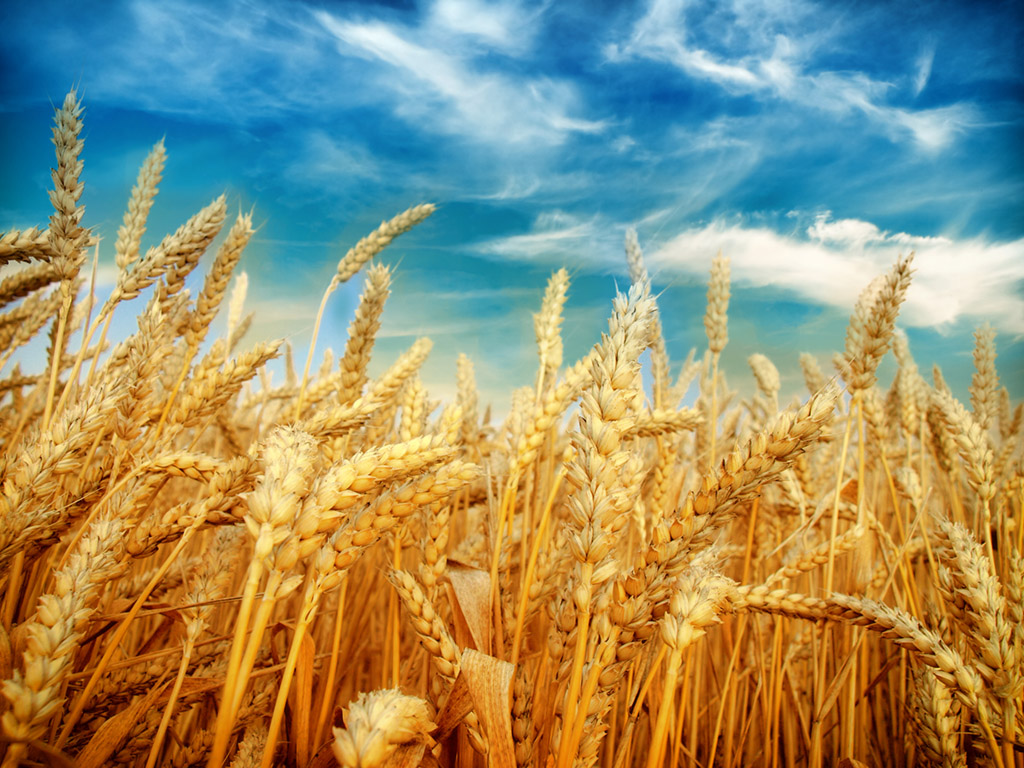 At the mill, the first action is carried out by a series of steps which separate the good grain from everything else (other seeds, straw and dust, stones, metal parts, etc.). "Hard" impurities such as stones and metal items must be removed in order to avoid damaging the mill's rollers. It would be unthinkable for any serious miller to send stones into the grinders. The same rule applies to laboratory grinding where, again, the sample must be cleaned before any further action. A machine like the Quartet 2  is particularly suitable for this task.

The "grind-able" parts are most often composed of other seeds that are removed during cleaning according to their size or density. The objective is to provide the purest wheat flour (or semolina) possible, without including foreign seeds which may also occasionally be harmful (e.g. ergot, which is toxic in high doses and are regulated in cereals, in Europe).

Beyond the indirect economic impact, which could result from the poor cleaning of wheat in the factory, the direct economic impact must also be emphasized. Simply stated: one ton of wheat containing 5% impurities “debris” is 5% useless impurities “debris” purchased at the price of wheat. Our experience shows that this "debris" can sometimes reach very high levels, with a direct cost to millers. In spite of this, it is currently not a commonly accepted criterion for wheat acceptance (or pricing).

The second phase consists of "conditioning" the wheat. The objective is to temper the grain in order to facilitate the separation of the bran (the outside part) from the inner endosperm (the floury kernel) from which the flour is extracted (Figure 1). This is an essential step for obtaining the maximum amount of flour (the extraction rate) of a defined quality (by the ash rate). The amount of water to be added depends on the initial moisture content of the wheat (the drier it is, the more water will need to be added - sometimes in two steps) and the amount to which the wheat will be ground (which will directly influence the moisture content of the flour).

This critical operation will be more effective when working with clean wheat. All dust, straw and other foreign matter will have a potentially negative impact by soaking up some of the water, thereby reducing the operation's effectiveness. Once again, what is true in the factory is also true in the laboratory mill. It is extremely important to clean the wheat thoroughly before preparing it for milling.

Once contact between the wheat and the water has been established, it needs time to penetrate the grain. This time varies in the industry between 12 and 48 hours. The choice depends largely on the type of grain. "Hard" wheat, which is more resistant to water penetration, requires a longer rest period than "soft" wheat.

In the laboratory, our tests on the LabMill showed that a minimum rest period of 12 hours was sufficient for all types of wheat. However, we'd like to highlight the fact that, for once, what happens in the laboratory (very short grinding diagram + no search for the optimum extraction) is different from industrial conditions. Working on dry wheat, however, is highly discouraged, whether in the laboratory or in the plant. This would not be representative of the characteristics of wheat and would produce flour that's not suitable for analysis. Two entire studies [1] are available regarding this subject.

In conclusion, it is important to remember two key points:

[1] White Papers: Impact of the wheat tempering  procedure on the grain behaviour during milling and on the flour quality at the laboratory. Part 1: Effect of final tempering moisture content; Part 2: Effect of tempering time. Arnaud Dubat, Jayne Bock, CHOPIN Technologies 2019