‍Extensibility is a material's ability (in our case, dough) to stretch without breaking.

ATTENTION: Extensibility should not be confused with elasticity[1]! These are two different concepts. Dough can be extensible and not elastic or extensible and very elastic...and in bread making, the results will be quite different. In the following, we only discuss extensibility.

Let us use the example of a pizza or tortilla (wrap) manufacturer. At a specific point in the process, a ball of dough will be flattened in order to give it the desired diameter (via stamping or rolling). If, for whatever reason, the dough lacks extensibility, the product will end up too small. If, on the contrary, it is too extensible, it will end up too big. In either case, this can pose a problem, particularly for industrial processes.

So how do we measure a dough's extensibility?

Extensibility is directly measured using the Alveolab. During the deformation of the ball, it stretches to where it reaches its breaking point. This corresponds to the "L" or "G" value on the Alveograph.

G or L? Why two units for the same measurement?

To understand this, we must go back to the Alveograph's origin. During this time, electric air pumps didn't exist, and the machine used a very ingenious system. A vial filled with water was connected (at the bottom) to the base of a glass bulb. The top of the glass bulb was connected by a pipe to where the dough piece was placed on the tray.

When the vial was positioned higher up, the water began to floe due to gravity and fill the bulb by pushing the air up (displacing the air in the bulb) and towards the dough piece. When the bubble burst, the test was stopped and the quantity of water in the bulb was measured. To make it easier to read, the bulb was directly calibrated to an inflation unit,"G," based on the volume of water displaced. We should note that during this time, there was no curve and no other parameters but G...the Alveograph is, first and foremost, a tool for measuring extensibility.

When the machine was modernized, this hydraulic system was replaced by a stylus writing on a drum rotating at a linear speed of 5.5 mm per second. The measurement of the distance traveled by the stylus before the bubble burst, replaces the measurement of the volume of water displaced and, as such, the "L" was born.

The relationship between G and L is:

Extensibility depends primarily on protein quantity but more so quality, and we see that stretching the dough into a bubble shape extends the gluten network in three directions. This reproduces:

The Alveolab allows you to take measurements at constant hydration or adapted hydration. At constant hydration, there is very strong competition between the flour's various components to soak up the available water. Because of this, protein (less hygroscopic than damaged starch, for example) can be relatively under-hydrated. This is one of the reasons why some consider the constant hydration test as being more penalizing. This is partly true, but we must also take into consideration that at the same hydration, dough with a longer "L" reveals, all other things being equal, a higher level of extensibility.

The adapted hydration test allows you to deliver more water to the protein which will allow it to better express its potential. We have measured the variation of extensibility between the two protocols (LAH minus L) in a study of 150 flours, and have compared it to the hydration used for the constant hydration test. We came up with four quadrants (see Chart 1).

Whether with constant hydration or adapted hydration, the extensibility of dough is a very important qualitative criterion, and the Alveolab was designed especially for facilitating its measurement.

[1] See the article on Elasticity for more detail 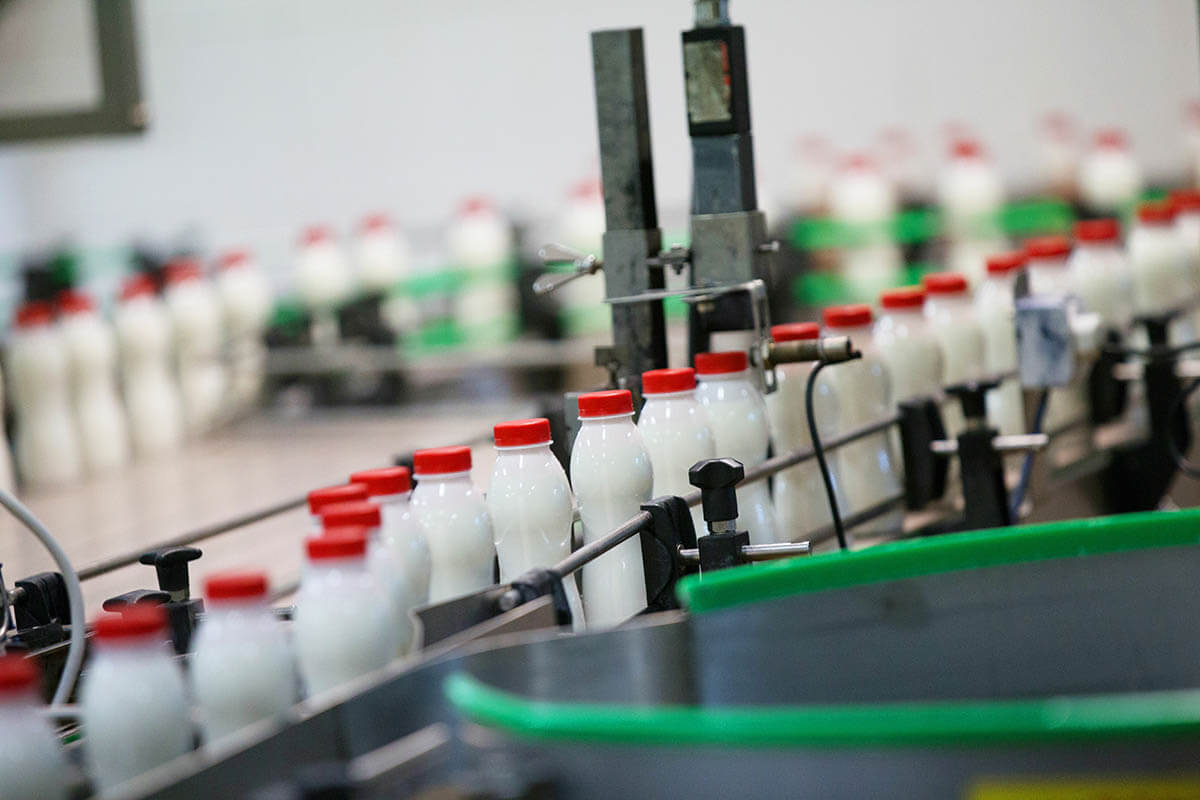 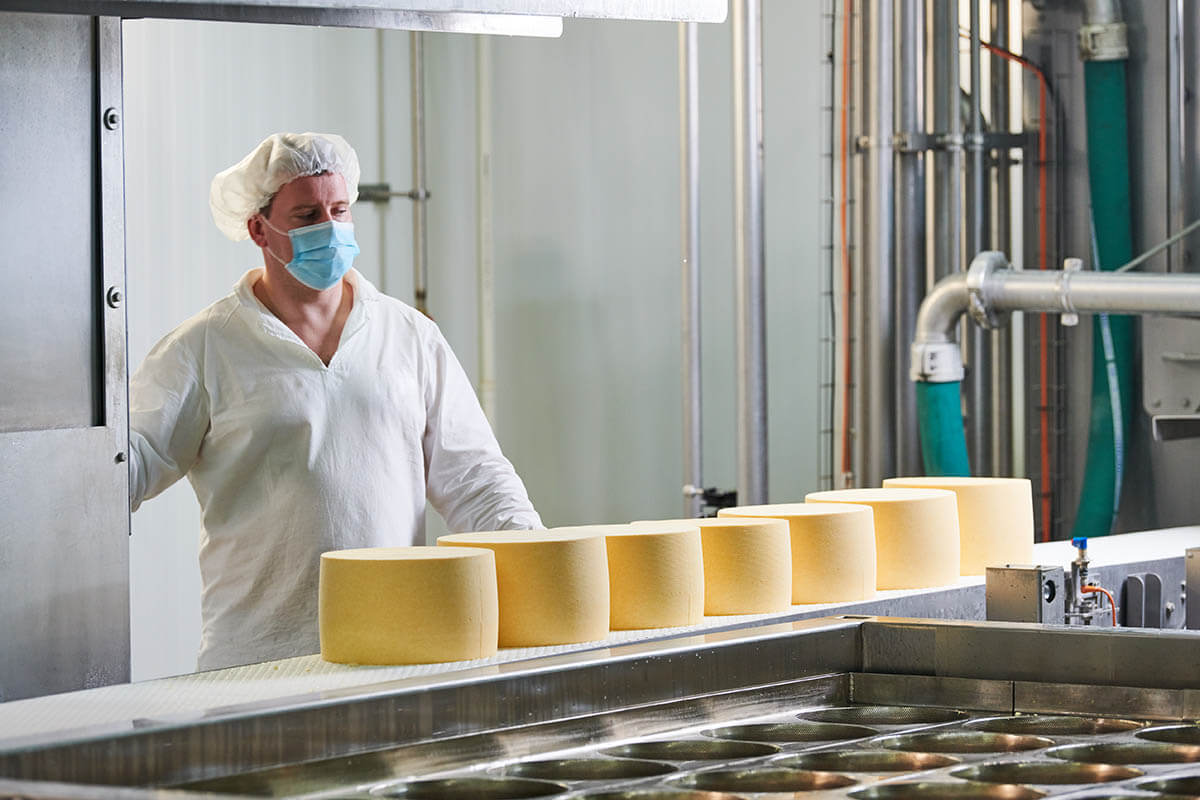 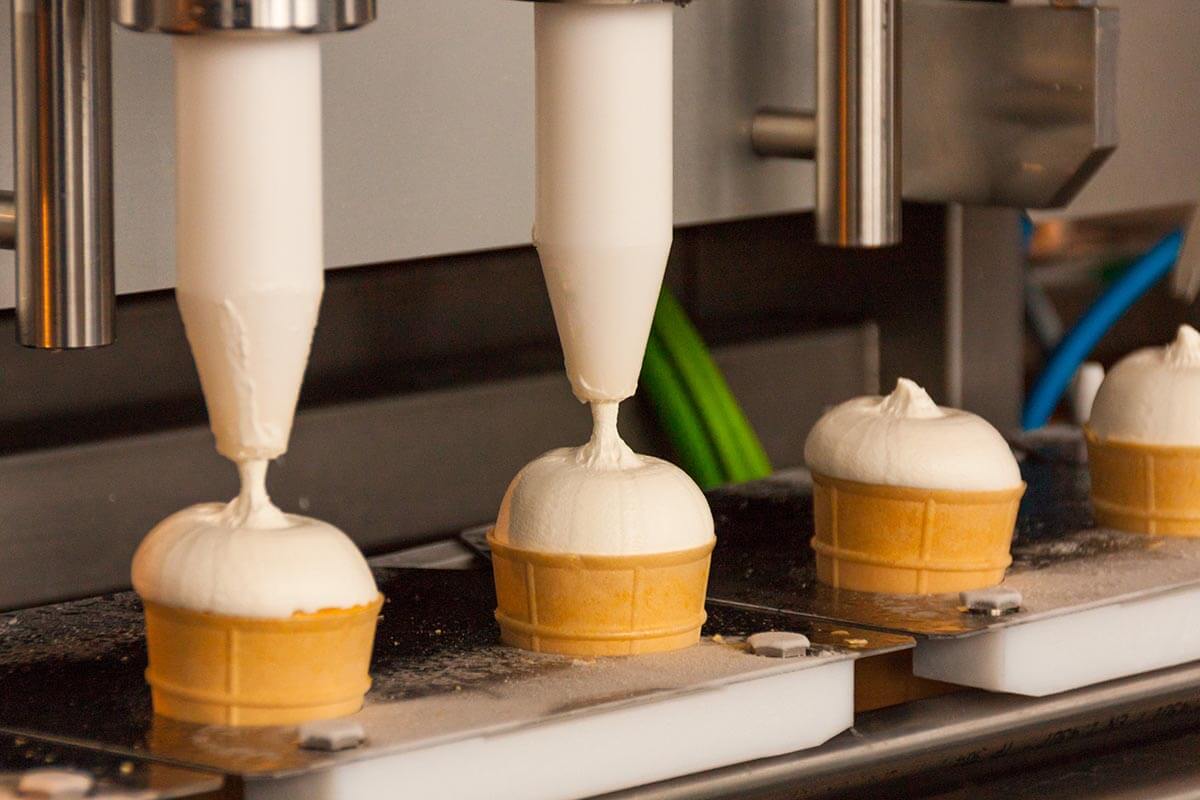 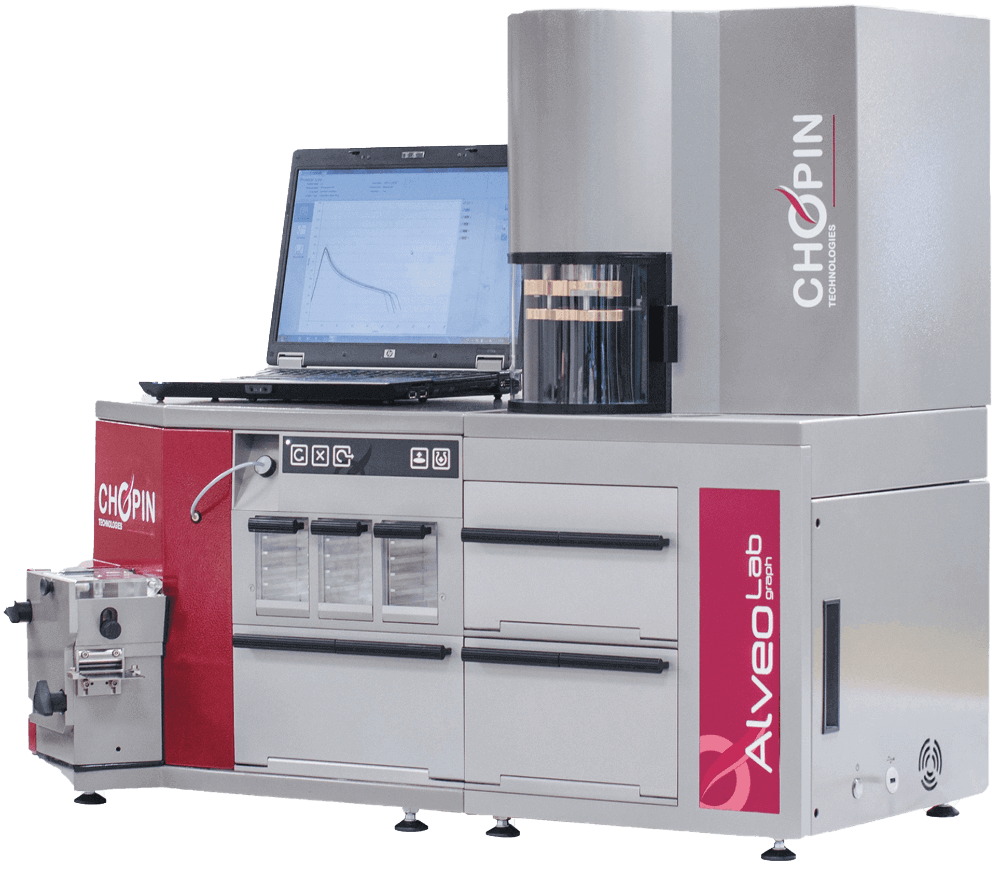 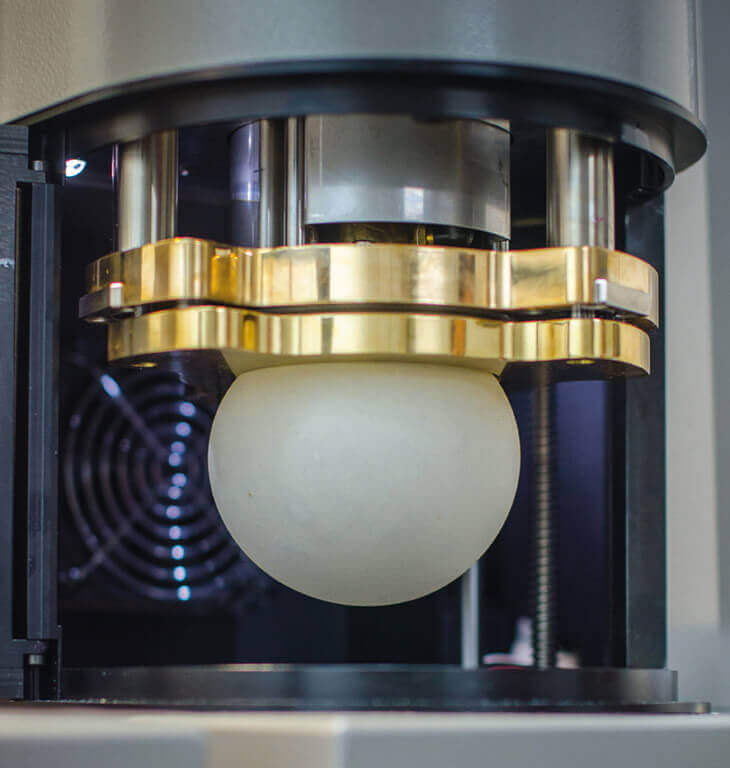 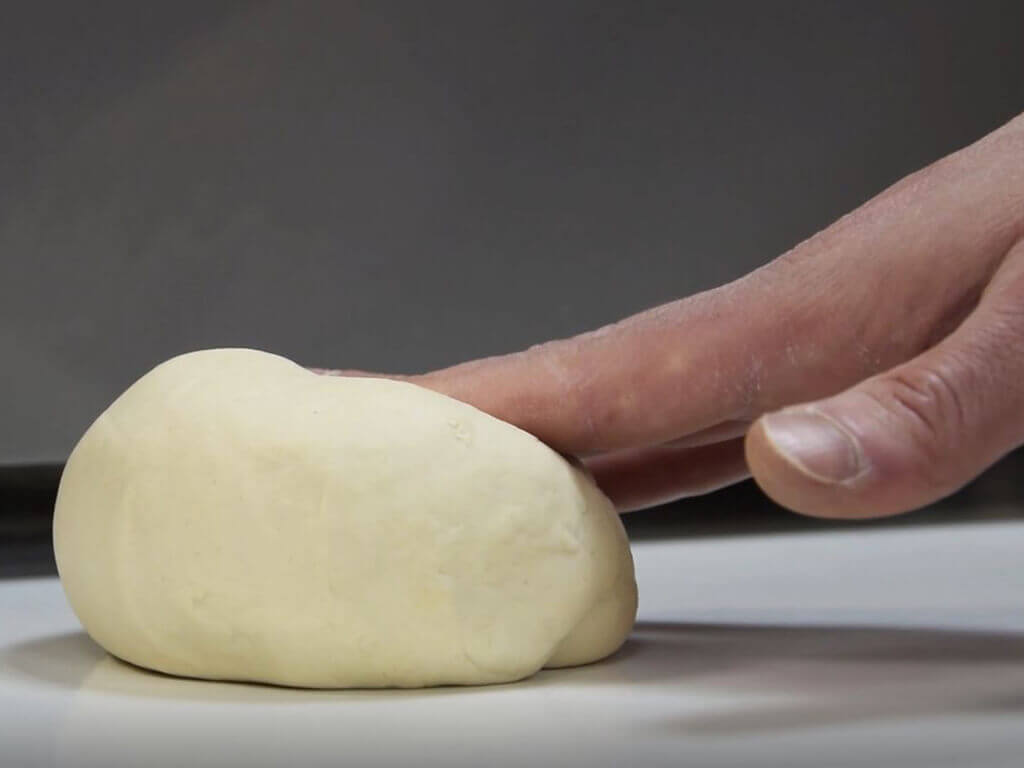 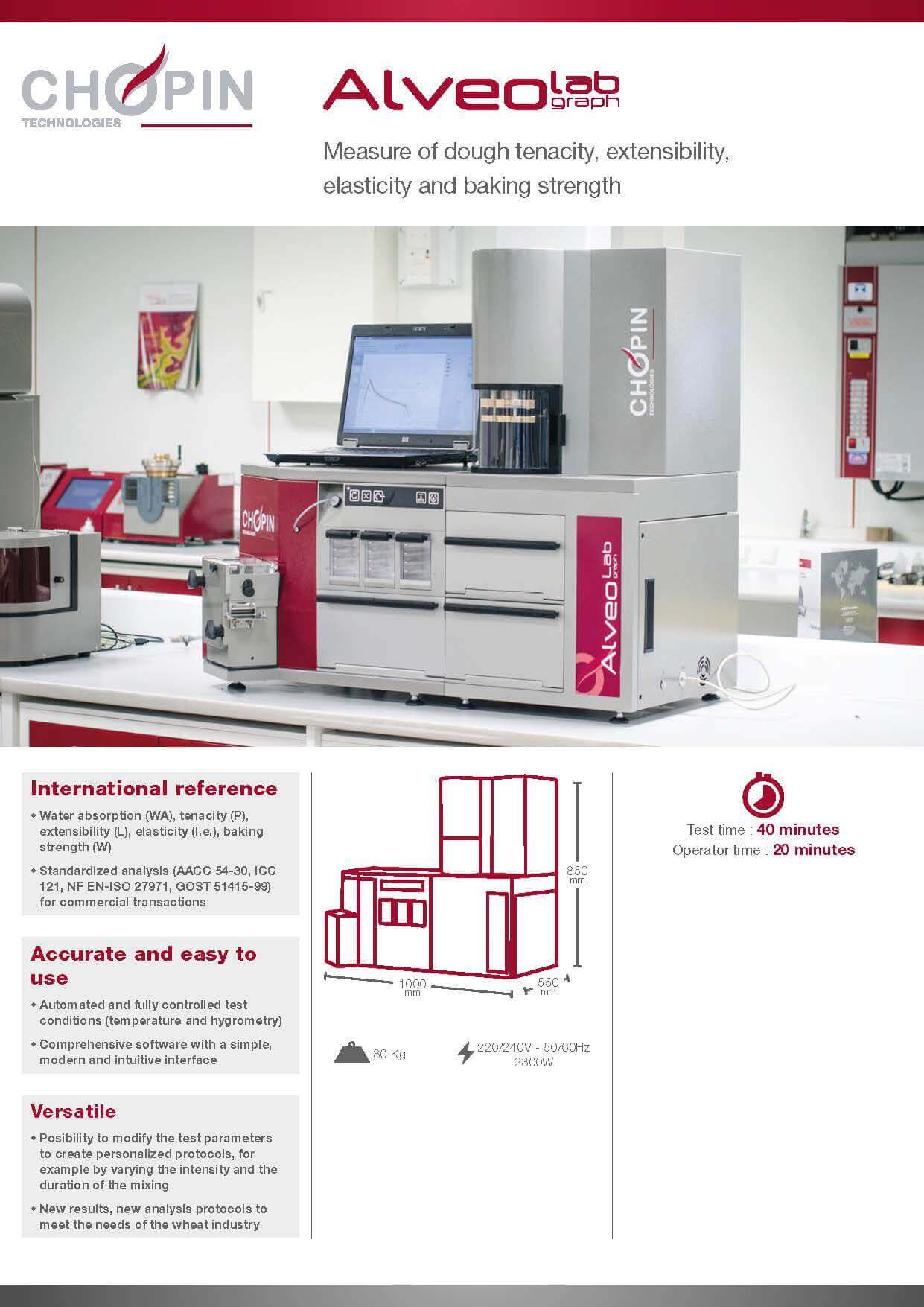 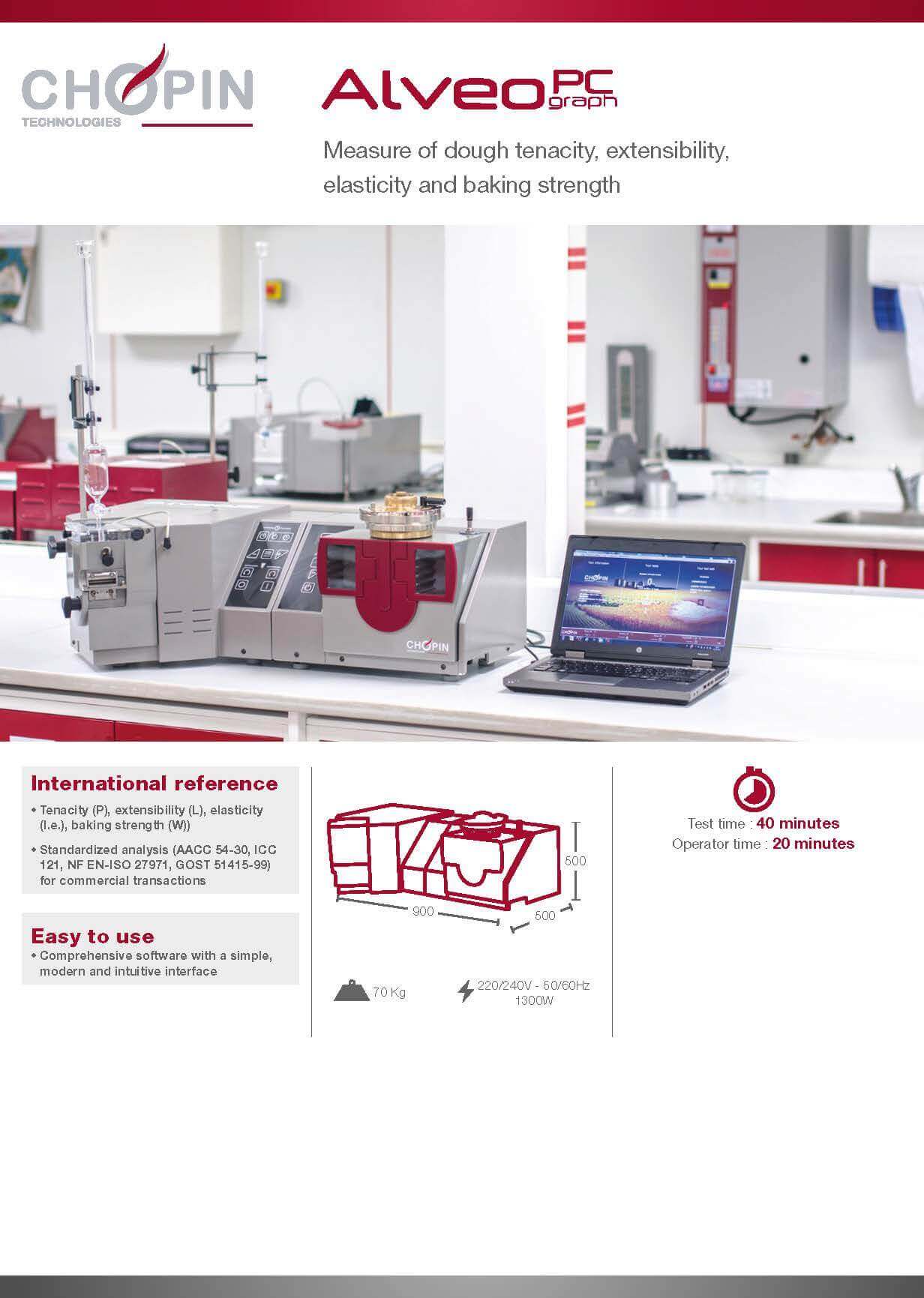 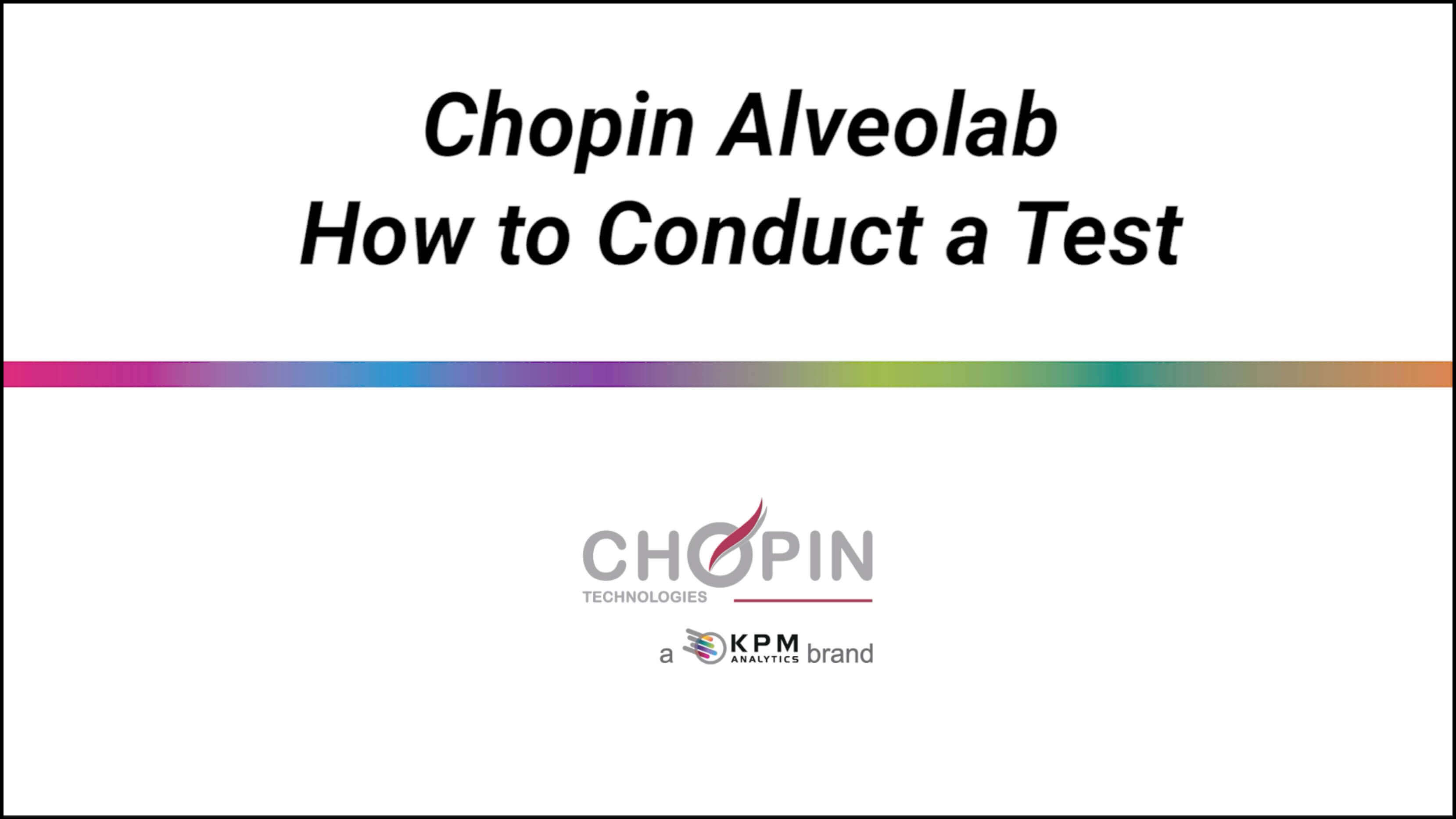