Food manufacturers build success in delivering consistently high-quality products to consumers, and baked goods are no exception.  Different types of baked goods require flours with differing properties and quality standards.  Water absorption is a critical property to specify and test for overall quality assurance but does not predict the dough and final product properties.  The Solvent Retention Capacity (SRC) is a test that characterizes the functional contribution of the significant flour components to the overall water absorption of the flour and its potential impact on final product properties

Water absorption is the quantity of water added to the flour to produce the desired dough handling properties (firmness, extensibility, elasticity) and is typically measured directly by devices such as the Mixolab.  If you do not put in enough water, the dough is dry, hard, and brittle; if you put in too much, it becomes soft and sticky. There are three different flour components involved in water absorption, and each of these has significant and distinct physical effects on the flour. Thus flours with the same water absorption value can behave very differently during mixing, machining, and baking.

In the mid-1990s, Louise Slade and Harry Levine (Nabisco company (now Mondelez), USA) developed a specific method to complement the information provided by existing rheological tools, and thus be able to understand better the individual contribution of each polymer on the final behavior of the dough paste. This method, named Solvent Retention Capacity, is based on the enhanced swelling behavior of principal flour polymer networks in selected single diagnostic solvents—deionized water, 5% w/w lactic acid in water (for glutenin), 5% w/w sodium carbonate in water (for damaged starch), and 50% w/w sucrose in water (for pentosans).

The SRC data can explain why a specific flour behaves the way it does during production. Both millers and bakers can use SRC data to ensure that the flour used is optimal for the final product quality desired and use the data available to troubleshoot and adjust processes if necessary.

For example, in the biscuit industry, the manufacturer seeks minimum water absorption, with the lowest possible absorption contribution linked to damaged starch or pentosans.

The table below summarizes the individual SRC tests, associated flour components, related physical properties, and factors in the milling and baking processes that affect each value.

An additional parameter is often reported as GPI or gluten performance index. GPI is defined as the value of lactic acid test divided by the sum of sodium carbonate and sucrose values and is correlated with bread loaf volume.

The U.S Wheat Associates has published recommended SRC values for selected products based on both soft and hard wheat.  The table below has typical ranges for some soft wheat products:

For pan bread flour, the SRC profile is quite different:

In practice, bakers will usually specify a narrow target range of SRC values for each baked good produced based on their experience to help ensure consistent final product quality.

From a practical point of view, the SRC method consists of simultaneously suspending 5 g of flour with 25 g of each of the four solvents, followed by centrifuging the sample and then removing the supernatant to measure the quantity of solvent retained by the flour sample. Approved by the AACC in 2009 as AACC 56-11.02, this method consists of many successive steps (weighing, shaking, centrifugation, draining), performed for the most part manually and on various and non-standardized equipment. In practice, this method is highly dependent on the operator and the equipment. As a result, it can have poor reproducibility, making it difficult to standardize across locations or integrate it into product specifications.

Following the adoption of the AACC 56-11.02, CHOPIN Technologies developed an automated method based on a new device, the  SRC-CHOPIN, to reduce operator impact and human-based errors and improve the performance of the test. Studies have shown that the SRC-CHOPIN lowers reproducibility and repeatability errors by as much as 50%, making it possible to harmonize and standardize the entire analysis process.

As a result of this new device, two new standards were created for the SRC test and published as AACC 56-15.01 and as ICC 186 (draft) in 2019.  The improved standards give the baking industry confidence the SRC results (SRC-CHOPIN) can be used effectively to improve the quality of flour and establish specifications based on the functionalities necessary to produce a particular finished product.

Water absorption is a key parameter for evaluating flour quality, but it does not address the underlying composition which determines the dough and final product quality.  The SRC test characterizes the major flour components' contribution to the overall flour quality, providing millers and bakers the data needed to predict and ensure dough and final product quality.  This method was approved and standardized as AACC 56-15.01 and ICC 186 in 2019, offering increased repeatability and reproducibility to the milling and baking industries. 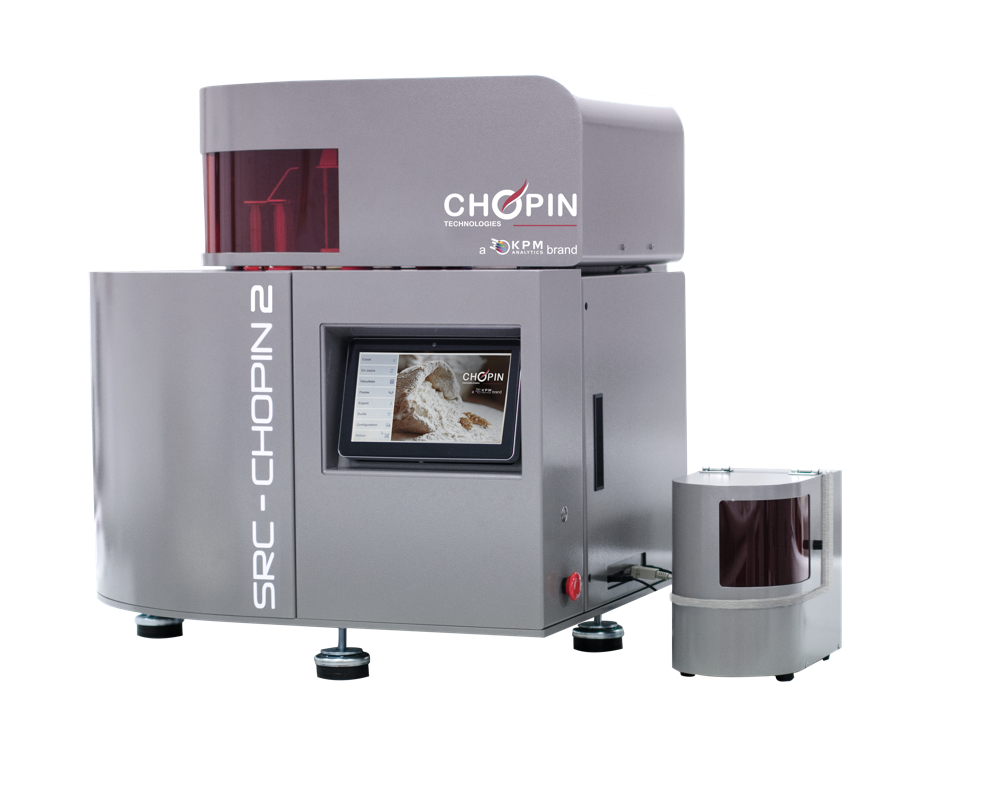 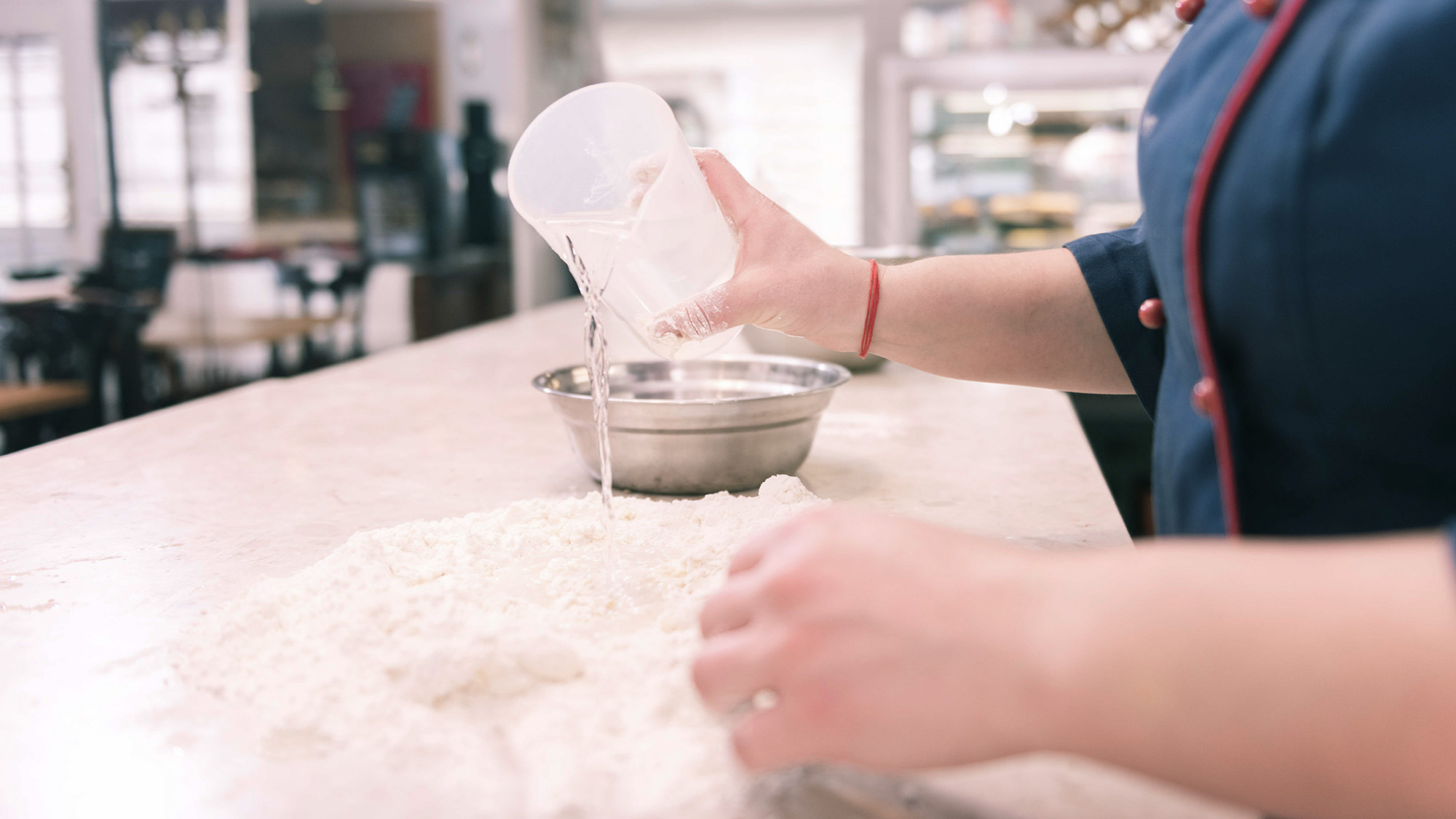 Why is the Solvent Retention Capacity (SRC) Method Important? 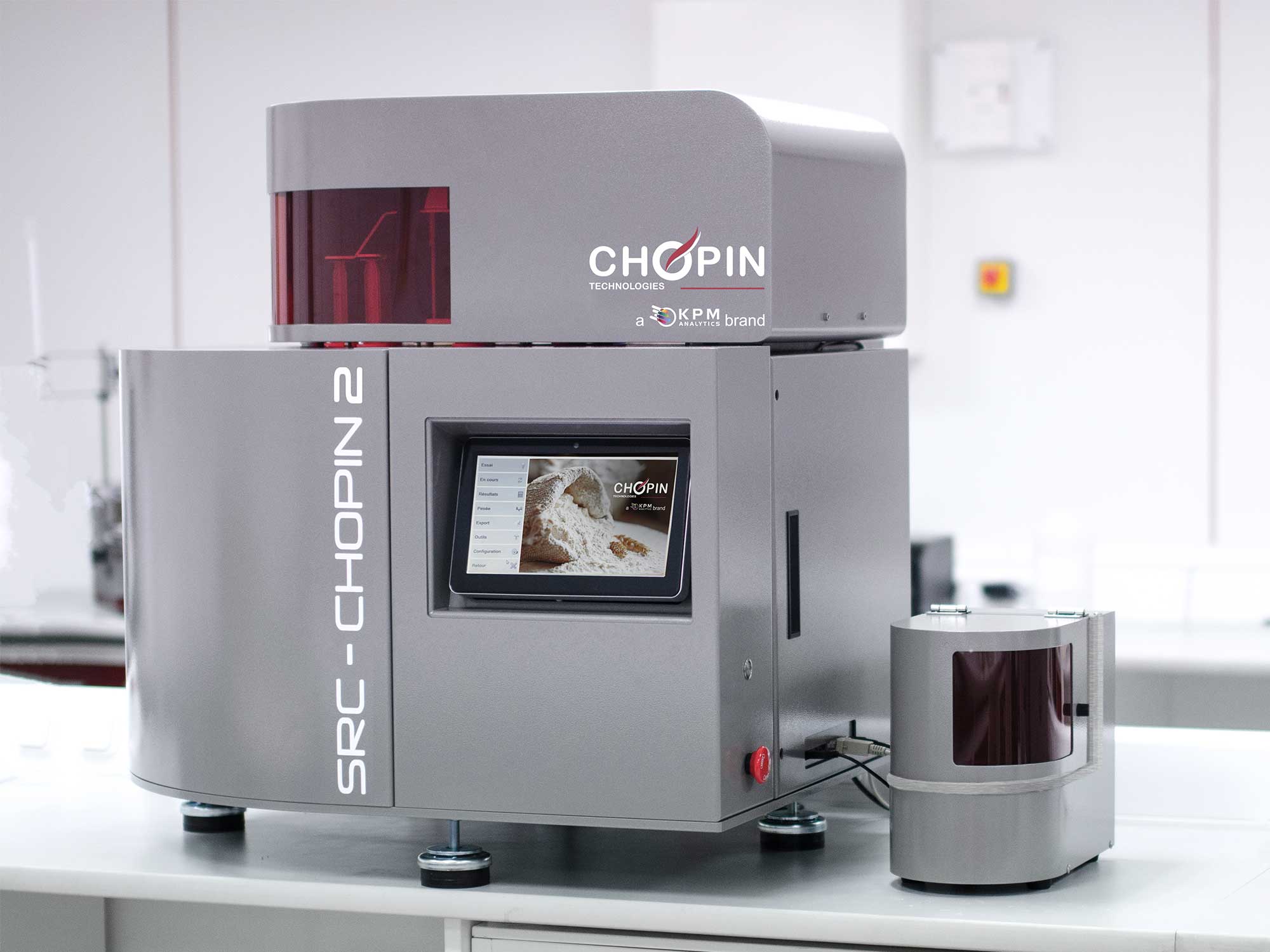 The SRC-CHOPIN 2, bringing precision where you need it 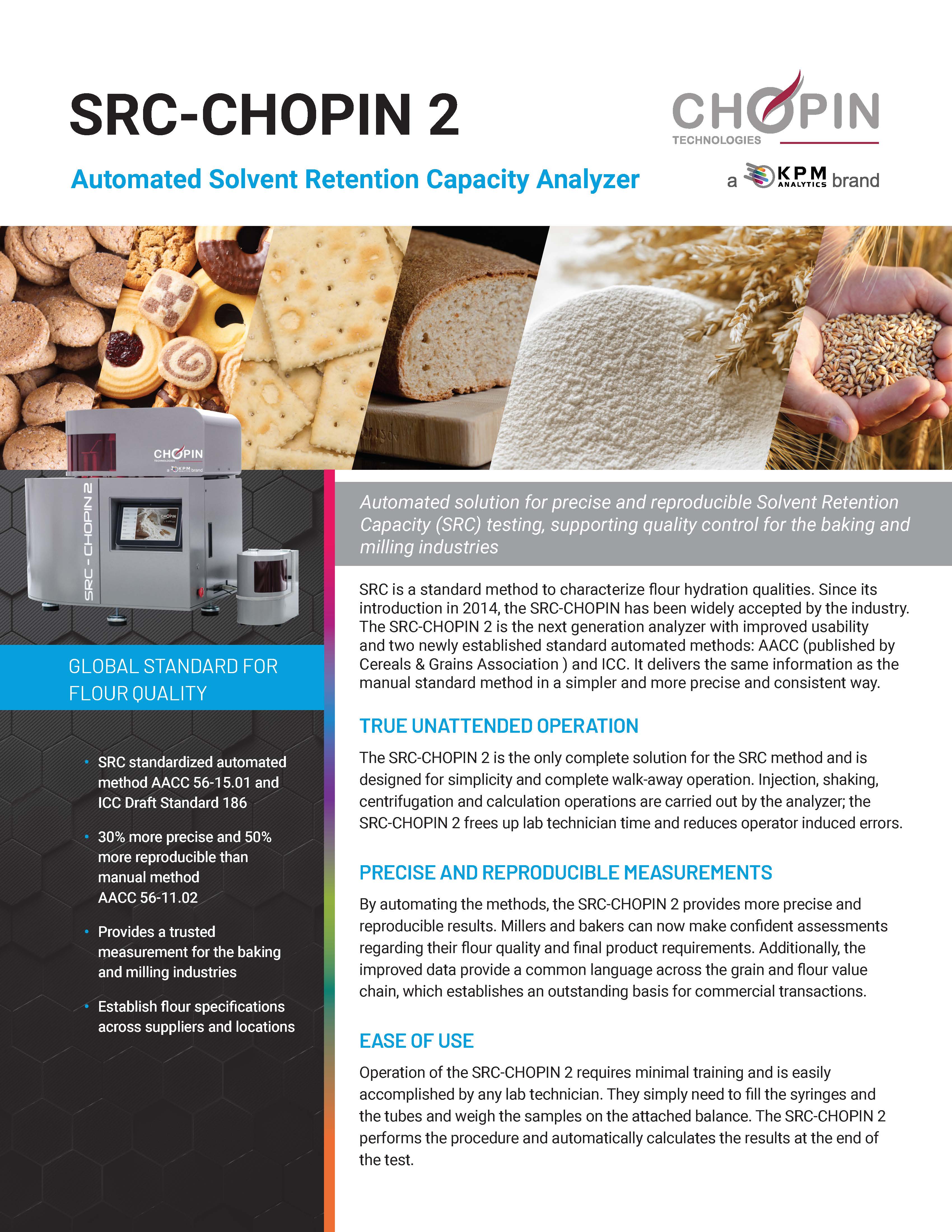 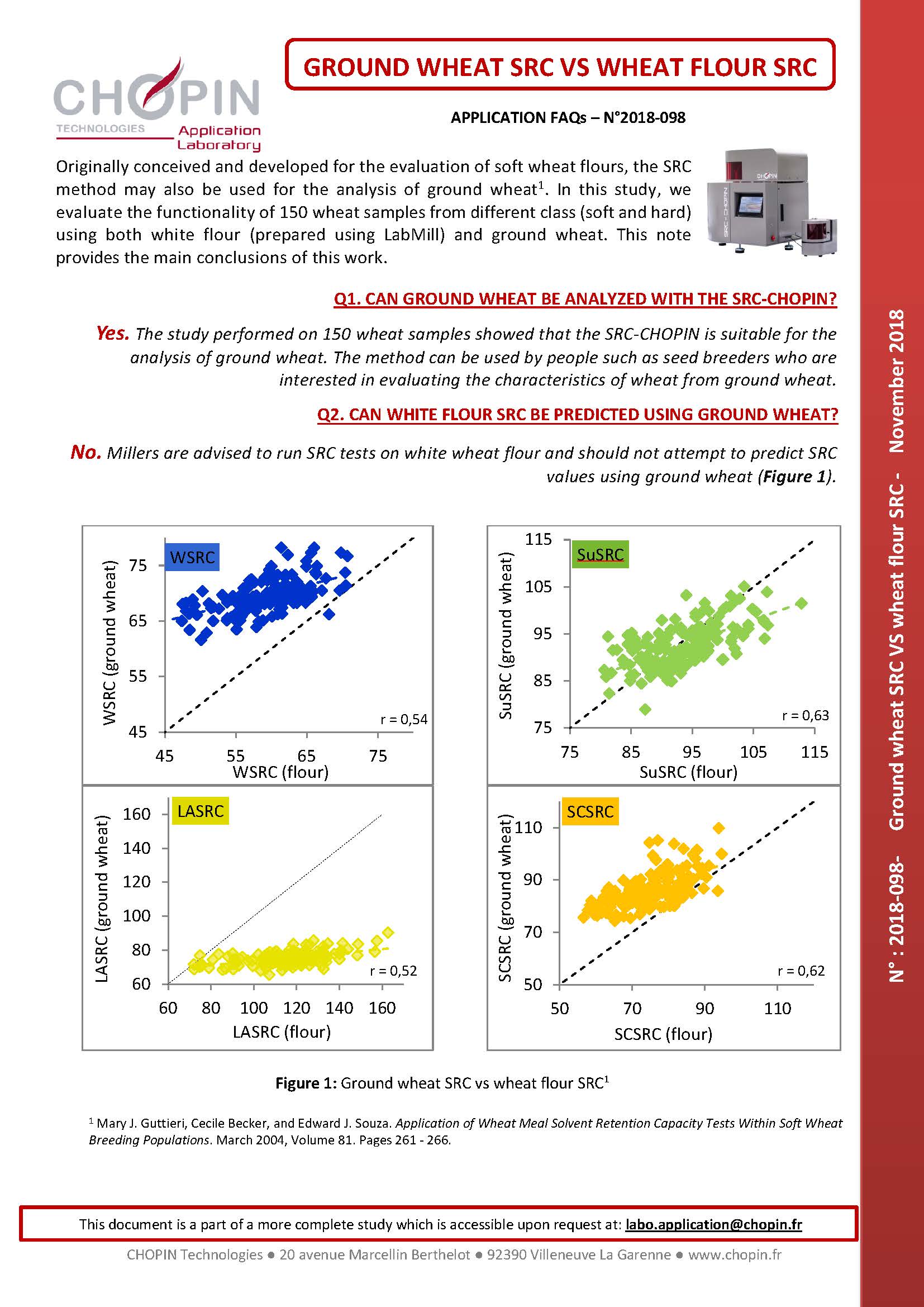 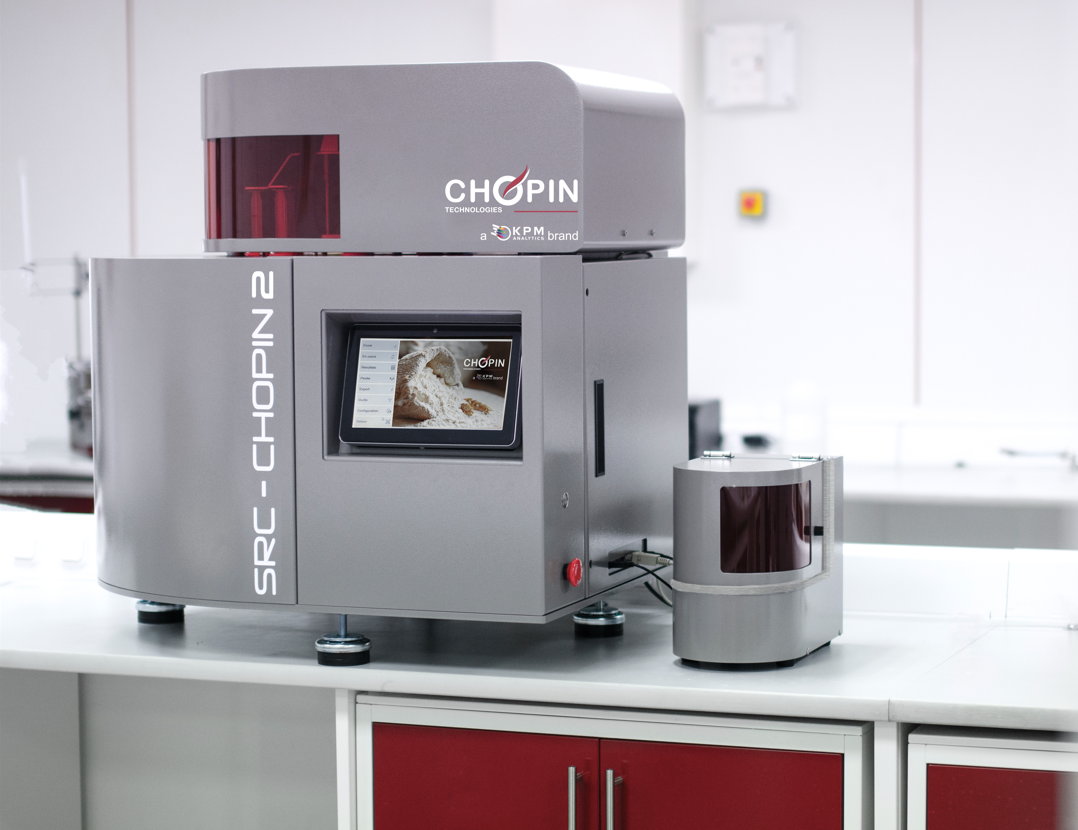